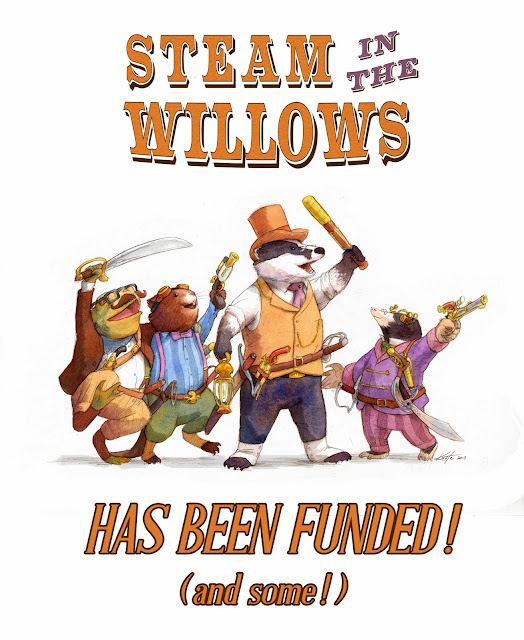 Posted by Krista Brennan at 19:20 No comments:

Things have gone terrifically with the kickstarter, and for that I am astounded and amazed and utterly overwhelmed. The support coming from so many different sources has been tremendous and really inspiring.

So inspiring, in fact, that despite being ill for the better part of a week I managed to recover enough to do this drawing in celebration of the last 24 hours. I had hoped to colour it, but right now I'm utterly exhausted and really just want a nap. Black and white it is! 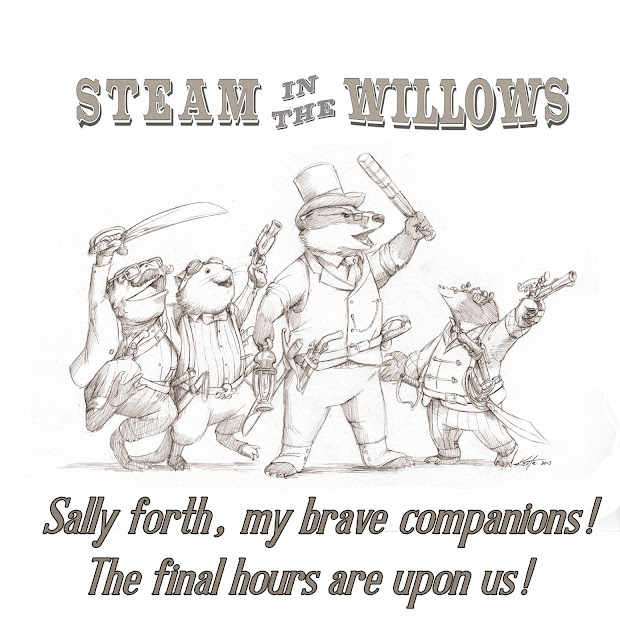 Posted by Krista Brennan at 21:56 No comments:

My first goal is close! So close I can almost see the confetti and hear the trumpeting fanfare! With a week and a half left and only 8% remaining, I think it's about time I revealed my stretch goals...

$7,500: A professionally recorded audiobook, spoken word only, will be distributed with every contribution of $15 and above. Free stuff!
$8,500: The same audiobook will feature music from the incredibly awesome Crooked Fiddle Band, who will generously contribute as much music as I wish to include from their current (and substantial) body of work.
$11,500: Crooked Fiddle Band will write and record a song especially for the audiobook. I am hoping it will be the song as described in the chapter "Piper at the Gates of Dawn", ie: the greatest and most magical song ever heard, as played by the god Pan. No pressure.
I am very excited at the prospect of having music by The Crooked Fiddle Band for this audiobook. A group of exceptionally talented musicians, they blend the past and the present with traditional folk sounds and modern rock to produce music that is exciting, emotive and inspiring; a perfect addition to this project.
For the recording and producing of the spoken word audio I have Alex O'Toole on board, who is experienced both as a musician and as a producer. He also happens to be an extremely awesome person. I will be doing the reading myself, with the hope that my dulcet tones will be pleasant and enjoyable to hear.
Here is a very rough sample of how the audiobook might sound, to whet your ear whistles. The final, professional recording will undoubtedly be much, much better.

Posted by Krista Brennan at 12:48 No comments: